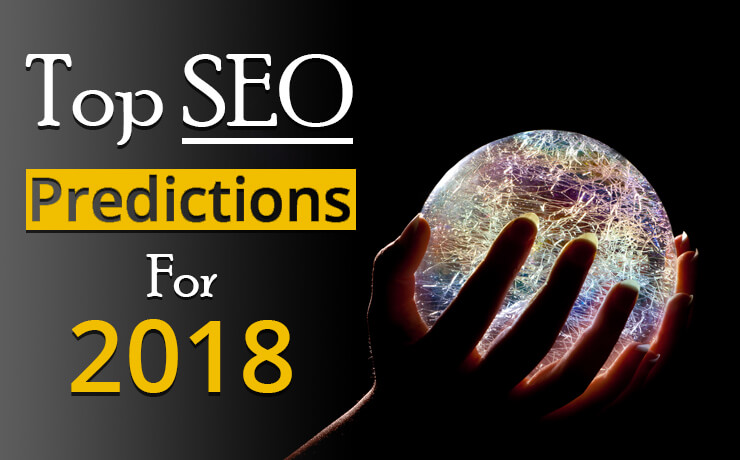 Search Engine Optimization has come a long way in the past decade or so. The constant fight to get on the first page of any search engine has become fierce, and it has since given birth to many SEO tactics that were previously unknown. Since we are well underway into the year, let’s see what 2018 holds for SEO.

A concerning trend emerged in 2017, when fewer clicks were being generated by Google search on mobile and desktop. Google’s requirements for quick answers, knowledge panels and featured snippets, combined with slowing search growth and aggressive ads will eventually lead to fewer SEO opportunities in 2018. This is definitely not the end of the road, but just a time of high competition for lesser clicks opportunities.

LinkedIn and Twitter will Reduce Traffic Referral to Other Sites

Snapchat, Facebook and Instagram have all tasted success at structurally or algorithmically restricting clicks off their platform and developing as a result. LinkedIn and Twitter will soon follow the trend to confine the visibility of external links in their platforms, and execute better rewarding of content, so that people stay on their websites.

Given the heavy competition in the Internet world, and increased pressure from the largest search engine in the world—Google—a few SEO Software providers may shutter in 2018. Rank tracking by Google is becoming more difficult by the day and the SEO software space is packed with competitors. One can expect less-than-rewarding attainment of top service providers rather than bankruptcy in software space.

Alexa is Likely to Shift Some Market Share Away from Google

Devices like Echo Show with screens have gained quite a popularity among the masses. Voice search devices may also be valuable, but are restricted by not having a screen. In the year 2018, one can expect better devices to be launched with vast functionality.

WordPress will Continue to Dominate the CMS Space

The WordPress will probably extend its dominance over the Content Management System (CMS) space. This year they will be extending their lead, as they are getting more aggressive about investments in marketing and business growth. Another reason is the fact that no other suitable alternatives are there in the market. It is estimated to cover at least 35% of the market share, with more businesses migrating to WordPress for its extensibility, its cost structure, its flexibility and its strong ecosystem of developers, security options, hosting providers and plugins.

The amount of traffic on Facebook is huge, and the quality of data available can make those advertisements look highly relevant and convincing. The only drawback for the last couple of years has been lack of investment in the Facebook Audience Network space.  However, the time has come to push more funds into making Facebook the new player in Adtech. With leveling out of social media usage in developed countries and businesses looking for ways to extend their ad effectiveness, things are looking bright for a transition from SEO to Social Media Optimization.

Are You Familiar With These Key Mobile SEO Components?

A Basic Introduction To Link Building

How To Ensure Your Site Has A Constant Stream Of Content