The Top Brands That Are Making Waves On Tumblr 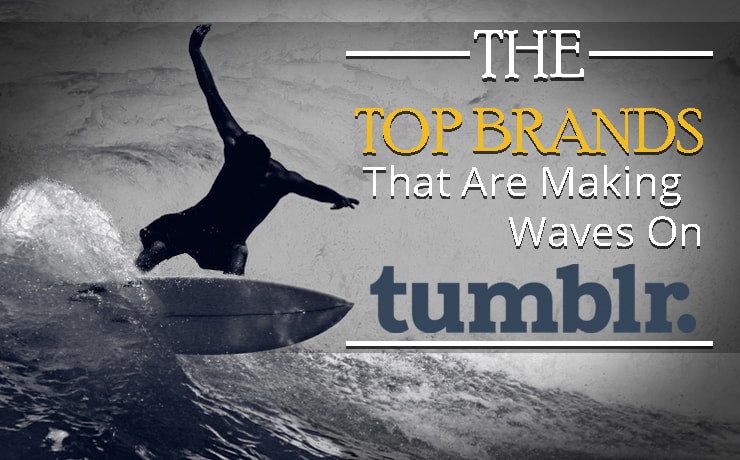 Tumblr is something of a black sheep among social media sites. While it’s actually one of the biggest and longest lasting social media sites – in fact coming in above Instagram or Vine – it’s one that tends to get comparatively the least attention from big brands.

Perhaps that’s because Tumblr is a very particular beast. Here, the animated GiF rules, alongside ridiculously long comment threads and memes. It’s somewhere between a blog and a MySpace page, and has in the past been described as ‘blogging for people who don’t like writing’. The demographic is young, cool and an irreverent, and that’s always been a target audience that big business has struggled to appeal to.

But while it might be intimidating, Tumblr is also a great source of potential customers. And if you run a small business, then there’s a much better chance that you’re going to fit in. Here are some brands that have succeeded on Tumblr that can offer some inspiration to you.

Calvin Klein has a Tumblr that is stark and minimalist – which is in contrast to many of the overly busy Tumblrs you will often come across. It also provides value to visitors by showing exclusive behind-the-scenes looks as well as some sexy images of models sporting their clothing and underwear.

Disney is perhaps more of an obvious fit for Tumblr, owing to the colorful images and great sense of nostalgia. Their images are highly sharable and particularly when you consider the large number of Disney gifs and memes already doing the rounds. Smartly, Disney opted to join in the fun, thereby riding the wave they inadvertently started.

We have yet to examine a social media network that Coca-Cola isn’t doing an excellent job on. Their Tumblr is full of gifs relating to the brand, videos, pictures and more that are all designed to be highly sharable. More than anything, Coca-Cola demonstrate the value of being ubiquitous across the web. Is there anyone who hasn’t heard of Coca-Cola?

Comedy Central deserves special mention for being one of the ‘early adopters’ of Tumblr. Again, this is perhaps because the brand and channel are so well suited to each other (as with Disney). If you can only afford to invest your time in promoting your business on one social media site, make sure that you choose the one best suited to your industry and your image. Are you fun and quirky (Tumblr)? Or are you serious and business-like (LinkedIn)?

Target’s Tumblr showcases their products in a fashion that makes them look particularly quirky, creative and chic. Again, just right for the audience they’re targeting. The images are high definition and well put together and again, they’ve made an effort to make their presence known across a gamut of social networks.

So that’s a sampler of how you stand out on Tumblr and tap into the viral sharing that the site is known for. The question is, are you hip enough?

How To Tackle Digital Marketing For Luxury Brands

Why LinkedIn Greatly Improves Your Life

5 Of The Top Brands On LinkedIn