These Tech Companies Really Know How To Use Social Media To Their Advantage! 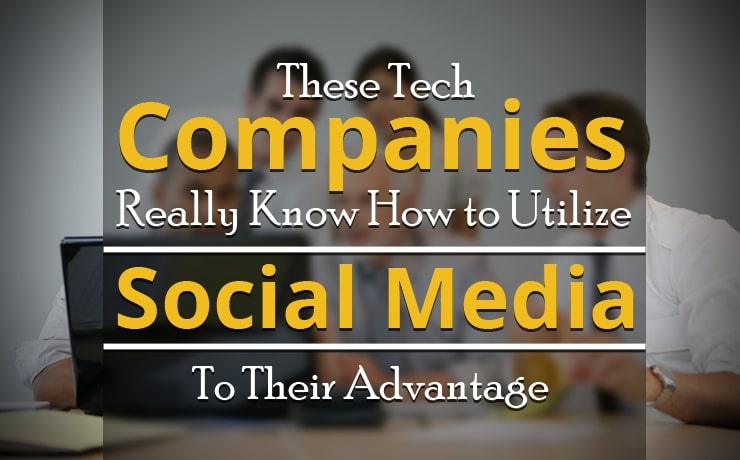 Social media marketing is one of the most important tools there is for brands who want to increase their visibility and drive more customers to their products. With a powerful Twitter, Facebook or Instagram account, you will have direct access to a huge audience base who will have the ability to instantly share whatever you post with all of their contacts at the touch of a button.

Unfortunately, not every company recognizes the value of social media and doesn’t invest enough of their resources into it as a result. And even when some companies do invest their time and resources, they will often go about it in the wrong way and thus fail to capitalize on its potential. Here then, we will look at exemplary social media use in the technology industry. Hopefully these examples will help to enlighten you:

IBM is often celebrated for its smart use of social media, and this is particularly true if you look at its use of LinkedIn where they have over 1,900,000 followers and 395,353 employees listed. Their encouragement of staff to get involved is actually one of their strong points, and you can also find many blogs written by IBM employees, giving insight into the way the business works and helping people feel more familiar with the company.

Nokia haven’t been doing all that well historically in the last few years and were recently bought out by Microsoft. This doesn’t change the fact that they’re great at social media however, with ‘Nokia Care Twitter Accounts‘ being designed specifically to help users troubleshoot problems. This demonstrates how social media can be used for much more than just marketing and can also improve your service and PR. Like IBM, Nokia also encourages its employees to get involved using a social media visualization tool called ‘Agora’. They use this to see how new products are being received to help provide feedback and motivation.

Autodesk is the company responsible for AutoCAD and various other products and is notable for being active across multiple social media platforms – including the lesser known ones. They took part in a Reddit ‘AMA’ (ask me anything) for instance last year and have also set up an account on Buzzfeed. As a smaller company (relatively), targeting these emerging accounts is a smart way to improve visibility.

Google can’t really be faulted for their approach to social media. In fact, they went one step further than the competition and decided to build their own social media account. Google+ might not be much of a rival for Facebook at this point, but the way they made it so integral for web developers initially was a very smart way to ensure plenty of people came on board early on. They also know how to get people talking about them, with their ‘Google Doodles‘ being perfect fodder for social sharing.

Of course we could also put Facebook in this category. That’s a company that knows how to use social media.

Oculus is the team behind the Oculus Rift which actually began life on Kickstarter. If you consider Kickstarter to be a social media platform (which it is by most definitions), then this demonstrates yet another impressive use for these tools. The Oculus Rift is huge news now and it would never have gotten to that point, were it not for social media marketing.

How To Get More From Your Marketing