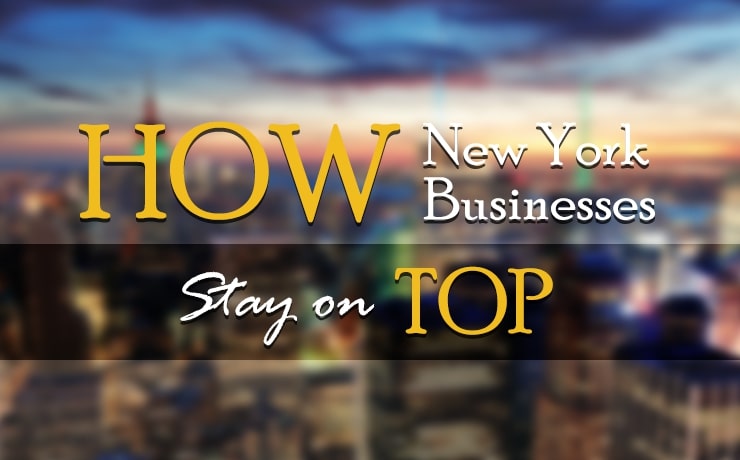 New York is, in many aspects, one of the most competitive states in the nation. Unlike say California, with its leisurely pedestrians and generally patient demeanor, New York feels like a state that’s always running to keep up with itself. No pace ever seems fast enough for people who are always trying to get somewhere. Times Square at 8:00 at night? Not happening.

Despite how frantic this lifestyle may seem to people from out of state, New York is onto something with its Energizer Bunny persona. The most successful New York businesses are the ones who know how to stay competitive. Especially in New York City, business owners know that a mediocre business won’t last long when there are twenty other similar establishments within a few blocks from one another.

When I interned in the Financial District and was looking for lunch spots, I came across a seafood restaurant that looked promising yet expensive. Being a huge fan of tuna burgers, I promised myself I would go. The next time I passed it by, it had a C rating according to Zagat. It didn’t take too long after for the restaurant to shut down. I can’t remember the name of that restaurant now.

The reason this restaurant didn’t survive was because it couldn’t stay above the water (pun-intended) when it came to the competition. Obviously there were much better eateries in the area at a better price, which is probably why I bypassed it to begin with. But if we’re talking specifically about the restaurant’s niche, considering that South Street Seaport was just a few blocks away with more plentiful and tastier options, this one would have to be exceptional in order to compete with such a market.

Trying to stay on top seems like a simple concept. But in a place as highly competitive as New York, businesses may have to run the extra mile to keep up. Updating your business website, social media pages, and keeping members/followers informed are just some of the ways that New York businesses can stay relevant and memorable.

The Power of Networking For Your Business

Why Are Infographics So Popular?