How To Network With Bloggers, Webmasters And Businesses On The Web 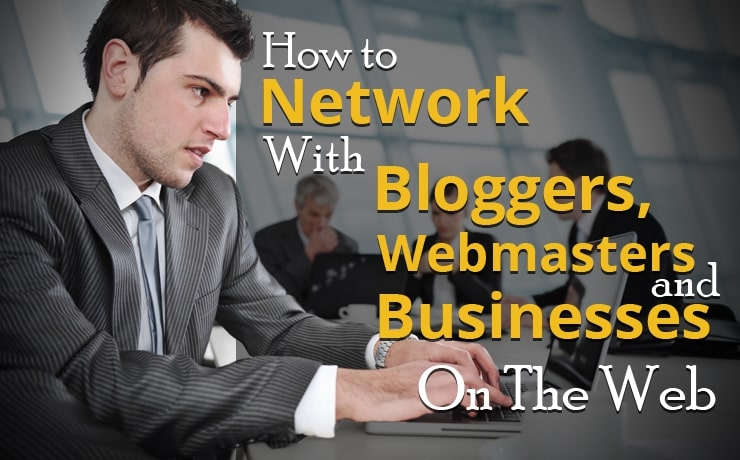 If you want to get ahead when it comes to promoting yourself online, it often comes down to who you know more than what you know. If you have a contact who runs a website with 20,000 unique hits a day and a whole ton of influence, then getting them to mention your site even just once can be enough to launch you into the stratosphere.

Unfortunately, most of us don’t have friends in that position, which is why being able to network and make friends like that is so important. And that’s when things get difficult.

Why Big Site Owners Don’t E-Mail You Back

Most people already understand the importance of networking online, and so there’s a good chance you’ve written to a few bloggers yourself in the past. If you’re like most people though, you’ll have found that they weren’t all that eager to respond and that you were instead left hanging. After a while, it becomes disheartening sending out countless e-mails with no response, so you may even have given up.

Why aren’t they messaging you back? Well, it’s probably because they get about 200 e-mails like yours a day from people asking for favors. Not only do they lack the time to respond to all of them, but they also lack the incentive. Why would they want to promote your business when they stand to gain nothing themselves? And why should they answer someone who is only contacting them because they want something?

How To Get Around This Problem

One solution is to network in person rather than via e-mail. Try going to a networking event, or leveraging your existing contacts in order to get an introduction to someone. When you get to meet someone, you can make much more of an impression and you can make a much better case as to why you should both work together. When you do this, it’s important not to open with a request, but to instead establish a relationship first.

If you cannot meet in person, you can try messaging through less conventional forms of media – perhaps a Facebook message or a message on YouTube. This might help you to stand out a little against a backdrop of hundreds of e-mails.

Is There A Better Approach?

Another option is to approach someone who is a little further down the ladder. Rather than contacting sites with hundreds of thousands of visitors, instead contact someone who is just starting out and is a little ahead of you. This way, you can help each other and they’ll likely be flattered to be contacted by you.

You can even try contacting someone who has no real following yet, but who seems to show a lot of potential – they might then grow to the point where they can help you, by which point you’ll already have a relationship with. Otherwise, you can build relationships online by posting regularly in comments and by sending occasional e-mails and asking for nothing in return. By becoming familiar gradually, you can establish trust and eventually reach the point where it’s okay to ask for help or to suggest working on a project together.

Of course, there is certainly another method to try if you want your website to establish a relationship with other counterparts on the web. Leave the hard work to an SEO company! A well established SEO provider has many of the right connections set up already, especially so if they are a Google Partner. In such a case, your website will gain all the right connections through your SEO consulting firm.

Why You Need Pillar Posts On Your Blog

Getting Started With SEO For Music Websites