How Microsoft Is Using AdWords to Increase Brand Awareness 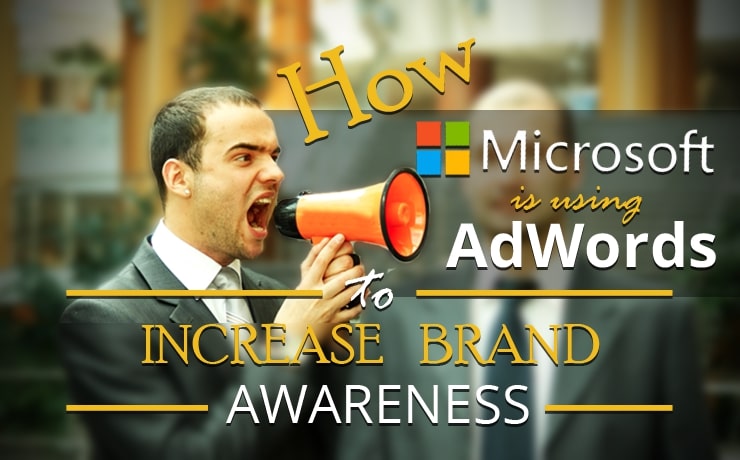 According to a list that was published by AdAge, Microsoft was the 5th biggest spender on AdWords for 2013 behind Amazon, the PriceLine Group, AT&T and Expedia. That year they spent over $67 million dollars on Google’s advertising platform and according to Keyword Spy, it’s a trend that’s continuing. Currently, the company is spending $48,362 a day on AdWords and paying just over $2 on average for each click. This has helped them to generate around 23,604 clicks a day.

The keywords that Microsoft is targeting currently include:

In a previous article, we looked at the way Amazon was spending on AdWords and discussed why it made sense for them to be the biggest spenders at over $1 million a day. Amazon sells products online and is able to target very specific products, thus allowing them to get very immediate and direct ROI from their advertising.

Amazon can simply target keywords that suggest people are looking for products and then provide them with a link. Because people already know the products, and because they already know the vendor, they aren’t likely to click unless they want to make a purchase. Thus the money that Amazon spends is being directly converted into profit – which is something that any small business or website can benefit from.

This article looks at how to get maximum ROI from an AdWords campaign.

But Microsoft’s approach is clearly quite different. Their adverts for things like ‘Microsoft Windows server’ take you to pages like this one, and are clearly aimed predominantly at business users. The other products they promote such as their Surface Pro 3 (‘Microsoft Windows tablet PC’) and ‘Windows 8.1’, are much bigger investments than Amazon are looking at and are things that the buyer is less likely to purchase there and then. If you were searching for a server solution, or for a windows tablet, it’s unlikely you would buy from the first vendor that came up – even if that vendor was a well-known one like Microsoft.

In short then, it’s unlikely that Microsoft is getting the same ROI as Amazon, at least not immediately. This means that Microsoft probably has a different strategy, which highlights another way to use AdWords.

Microsoft is currently somewhat disinterested in selling as many units as they possibly can, or maximizing their short-term profits. What they’re much more interested in, is increasing their brand awareness and trying to position themselves as the top company that businesses will look to when trying to find business solutions and servers. Likewise, they’re trying to increase awareness not just of their Surface Pro 3, but also of Windows tablets in general.

At the moment, AdWords for Microsoft seems to be more about brand awareness and reputation management. While they have suffered a setback in recent years due to increasing competition from Apple and Google, they are now putting their considerable clout behind a marketing campaign aimed at bringing them to the fore once again along with a much-touted new vision.

Whether or not it will work is another matter, but it’s definitely an angle to consider when designing your PPC campaigns.

How To Create A Basic AdWords Campaign

How Can Flooring Companies Drive Leads Via Google AdWords?