The Legacy of Robin Williams 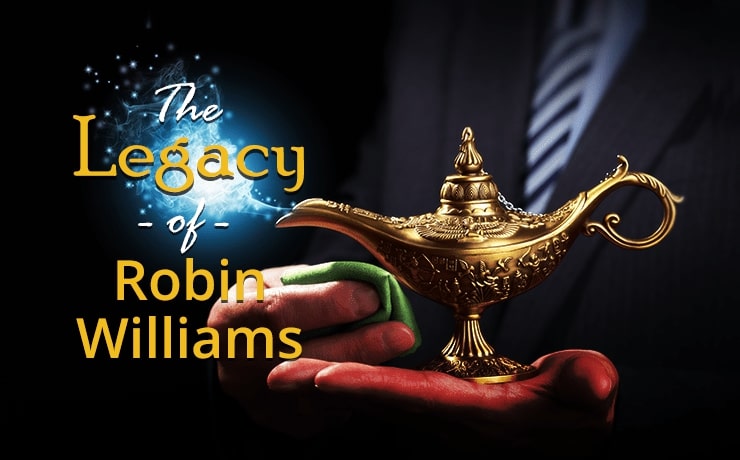 I was in class when I got the text from a friend that said “Robin Williams died.” An hour ago, I had just gotten my last exam back and I hadn’t done as well as I had hoped. I put my phone away to concentrate on the professor’s words, the diagrams on the board. I took my phone out to just glance at it, not intending to actually read the message. But once the message popped up, the words and images blurred together, and I knew I had to find out more.

In all of the articles I read, Robin Williams seemed to be branded as the comedic actor, the funnyman known for roles in movies such as Aladdin, Mrs. Doubtfire, and Night at the Museum. His comedy was effortless, as natural as taking a breath of air. Through his funnier movies, he made smiling and laughing feel like inevitable emotions.

But while Robin Williams was funny, he wasn’t just funny. His natural comedy took a backseat to inspiring roles in movies such as Dead Poets Society and Good Will Hunting, the latter which earned him an Academy Award win for Best Supporting Actor. Both parts were played with genuine warmth and gut-wrenching honesty that transcended far beyond the character and the moment.

These articles detailing the comedic nature of his personality and the breadth and body of his work show that he was not a one-dimensional brand, but a versatile actor. His infectious energy radiated onscreen. He immersed himself into his roles whether they were funny or dramatic, and made them memorable. He uplifted audiences and made them not just see, but contemplate.

His role as John Keating in Dead Poets Society taught me about the value of marketing your passion, and the importance of “carpe diem” and “sucking the marrow out of life”. Whenever I worry that I will not make a good educator, I think back to John Keating’s exuberance and confidence, created as such because it was played by Robin Williams.

At SmartSites, we wish him a peaceful rest.

Smith.ai Is A SmartSites Recommended Partner For Virtual Receptionist And 24/7 Live Chat Services

SmartSites Is The Best Twitter Marketing Agency In New York