What Boycotting Does for Businesses 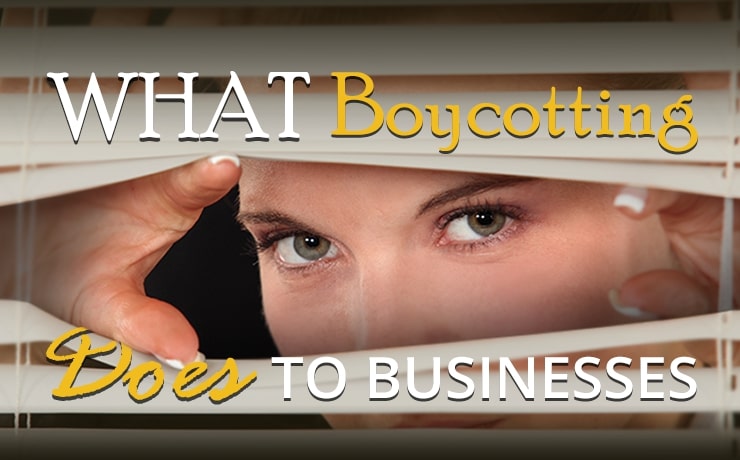 Recently there have been reports in the news about some European and Middle Eastern groups boycotting Israeli products in response to the conflict in the Gaza. This means banning all Israeli-made and originated products or taking them down from stores.

Once again, without getting too political, it’s important for businesses to understand how they can be affected by boycott. On a surprising note, some of the more known boycotted products include Danone, McDonald’s, Starbucks, Coca-Cola, Nestle, Motorola, IBM, Intel, AOL, and Teva Pharmaceuticals.

Why Are These Products Being Boycotted?

All of these products have one thing in common: an association with Israel. In some cases, the products were made on Israeli soil or were created with ingredients that originated in Israel. In other cases, the companies or its higher-ups provide financial support to Israel. While individuals may have other reasons for boycotting, much of it is to support the decline of Israel’s economy.

Will These Products Be Affected By the Boycott?

Should politics play a role in boycott? Most say no, but it wouldn’t stop groups of people from protesting or stating their opinion against a business. While it is undeniable that Israel would be losing some business from a boycott, large corporations will only lose a small fraction of its business, in no way enough to put them completely out of business. Small businesses not shown on this list on the other hand could feel the effects of a declining number of customers and potentially face closure.

The important thing to do for these Israeli businesses is to market their products despite the boycott. They cannot change people’s opinions, but they can continue to sell their products for people who will buy them. There is no sense in closing a business due to a boycott, but instead keep putting out products, greet customers with the same enthusiasm as before, and do their best to keep themselves in business.

FindBestSEO Ranked SmartSites As One Of The Top SEM Agencies

SmartSites Is Ranked The Top Digital Marketing Agency By BestCompany.com