Another Prediction for the Future of Technology 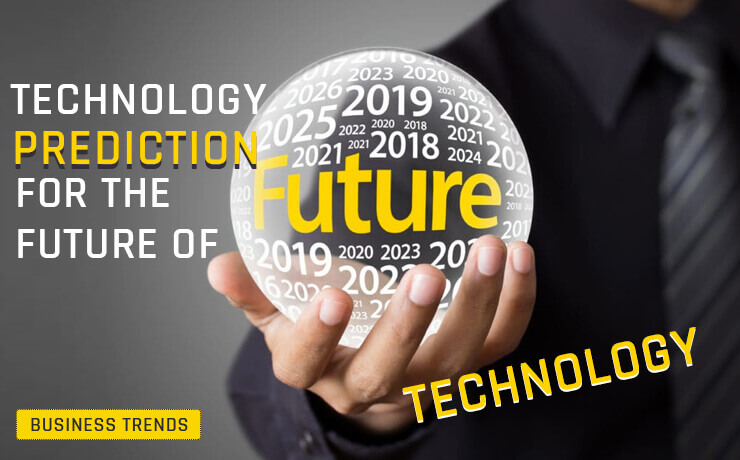 Thinking about the influence of technology in the 21st Century, it’s hard not to come back to George Orwell’s classic dystopian novel, 1984.

Yes, the concept of a totalitarian government called the “Thought Police” monitoring our every move via TV screens is extreme. That kind of behavior is still thankfully considered a socially unacceptable form of privacy invasion. But as fascinating as the ever-growing extent of technology is, I still simultaneously conjure up the imagery that George Orwell brought to life in 1984.

Although 1984 illustrates a very extreme form of government rule, there is no denying the powerful potential that technology could have. And at a time when technology was limited yet prevalent, it seemed evident that the only way technology could go was up. While George Orwell predicted the impact of technology at its most radical, it seems inevitable that the more advanced it becomes, the more invasive it appears.

An example now that feels the most mindblowing to me is smartphones.

Did anyone ever wonder how exactly a smartphone knows so much? How can it be so easily tracked after it is stolen? How does the GPS always know your current location? I have to wonder if there’s a “Big Brother” on the other end tracking each individual cellphone, maybe secretly watching through some sort of “telescreen”. Hopefully not…

While continued advancement of technology has the capability to reach that kind of extreme, I don’t foresee that happening anytime soon. Instead, I predict that in a short time, technology will become our lifeline. In a short time, there will be an app for everything, so we won’t have to leave our couches to explore.  Paper maps, compasses, and even the North Star will be pushed aside, replaced by a piece of technology that can do the navigating for us. I will be able to see people with one click of a button, unlike Facetime and Skype, which both take more than five minutes to load on my computer. I will not only see the news on TV, but use Google Earth to transport me to the location so I can feel like I’m watching a movie where the news is taking place.

I’m hoping that the impact of technology goes only in a positive direction, continuing to improve daily convenience.

The Power of Networking For Your Business

Embrace The Power Of Giving During The COVID-19 Pandemic

Why Are Infographics So Popular?