5 Top Brands That Are Leading The Way On Vine 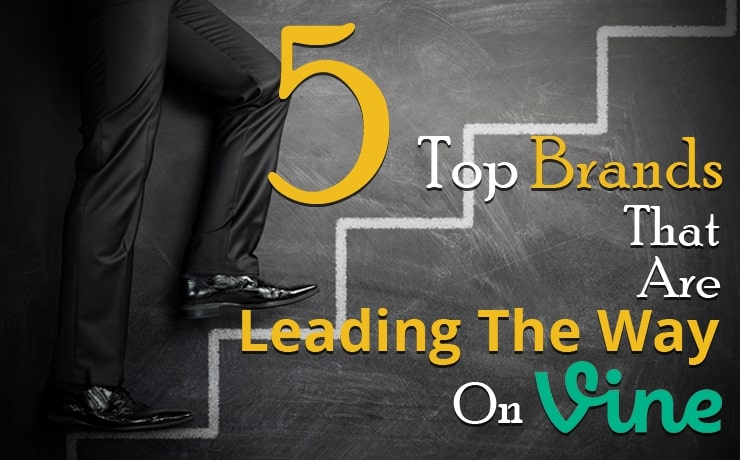 Vine is a relatively young social network that can best be described as a cross between YouTube and Twitter. Like YouTube, this platform is all about video, and also like Twitter, it also encourages the short form by restricting each clip to a total of six seconds. In fact, the concept borrowed so much from Twitter, that the social network giant would actually go on to purchase Vine in 2012, making it effectively a Twitter ‘app’.

Nevertheless, Vine also comes into its own element, and has gradually gained popularity among users who enjoy the constant feed of video as well as brands who find the short-form perfect for creative advertising and campaigns that are relatively cheap to run. There are many more reasons to be using Vine, so check them out.

And if you decide you do want to get involved, here are some great examples of companies that know how to make the most of the fledgling site:

GAP seems to focus large on stop-motion videos demonstrating their products in a colorful and eye-catching way. To create the short videos, they often partner with the companies that manufacture the clothes they’re selling.

Samsung have created some truly clever yet short videos on Vine featuring their new products. From stop motion animations that transition across the screens of their devices, to short clips of people using their devices and some featuring celebrities. Samsung demonstrate yet again their marketing knowhow by being highly active and creative.

Target features a large number of stop-motion animations, but in many cases, these are user-submitted, allowing the company to feature more content without investing lots of time or money. This also helps to encourage engagement and communication with their audience.

The videos that Target do make themselves meanwhile are high quality and focus on ensuring a perfect loop – so that the videos end right where they start giving them a very hypnotic quality.

Etsy shows how powerful it can be when the right brand finds the right platform. Vine is the ideal place for Etsy to show off its creativity and ‘arty’ approach and that’s precisely what they do. Not only were they one of the first companies to start using the whole stop-motion approach well, but they also feature short tutorials, videos demoing products being sold on their site and of course – cute videos of animals.

Red Bull have always been good at social media, so it should be no surprise that they’re also all over Vine. As on their other social marketing channels, Red Bull feature clips of amazing stunts and feats of human performance, with the Vine setup being perfect for creating a highlight reel of incredible moments. From clips of parkour, to skateboarding to diving, this is a great place to get a quick shot of adrenaline and it serves as a nice alternative to all the artsy stop-motion.

So there you go, five companies that are doing Vine right. The question left now is how you are going to make your own channel stand out against such competition!

The New Normal: Adapting Your Online Marketing Strategy To COVID-19