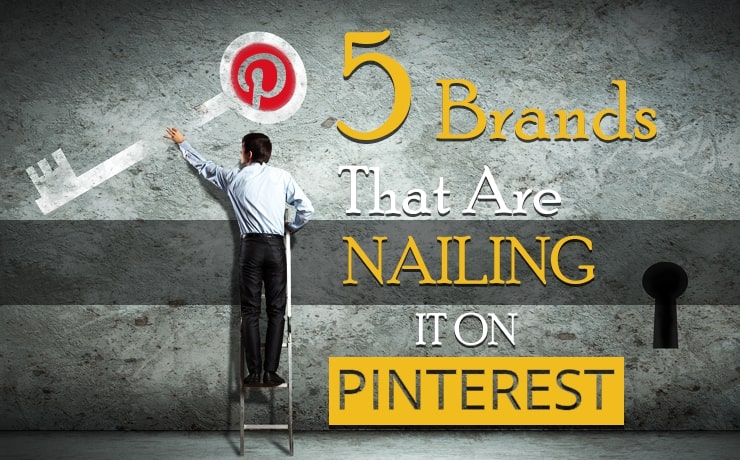 When thinking about your corporate social media campaign, it’s very easy to get caught up focusing on just the two ‘big’ social networks, those of course being Facebook and Twitter. These are the sites that many companies concentrate on when trying to generate a following and it’s much rarer to see a company investing any real time into sites like Pinterest or LinkedIn.

This could be a big mistake however when you consider just how many users are on sites like these. The top five boards on Pinterest all have in the realm of 4,000,000 followers, while it’s not unheard of to accumulate thousands of comments on a board either.

The trouble is that Pinterest is a little trickier to navigate and to understand. How do you become a hit on a site that focusses on creating mood boards rather than updating posts? Also, Pinterest is not suited for every business because it is more product-based and lends itself better to B2C companies. Let’s look at five companies that are making themselves heard and see what we can learn from them.

Etsy is essentially the ‘eBay of crafts’ and lends itself ideally to the DIY/creative vibe of Pinterest. They show a lot of images to inspire creativity and to show of products similar to the ones sold on their site, but they also expand a little further into ‘lifestyle’ areas with boards focusing on interior design, pets, gardening and cooking. These topics don’t relate directly to what they’re selling, but they promote a lifestyle and they appeal to the kinds of people who might become their customers. This way they have 461,000+ followers and many more across their various boards.

Swarovski’s ‘Wedded Bliss‘ board alone has an astounding 1,537,213 followers at the time of writing. Again, these images appeal to the emotions and the lifestyle that complement their products rather than focusing on the crystals themselves. How can you promote the emotional hook and value proposition behind your product?

Head over to HTC One’s ‘HTC One by Chushnie et Ochs Giveaway’ board and you will be instructed to ‘repin for a chance to win your very own HTC one’. It turns out that this strategy worked too, as the board got over 3,700 comments and a ton of repins. It just goes to show that interactive marketing strategies work on Pinterest too!

Mashable is a website providing news for the ‘connected generation’ and is doing well on Pinterest with nearly 1,500,000 followers at this time. Their success comes from a combination of infographics, apps highlights and new products, showing some unique ways that Pinterest can be used to convey information.

Mashable has also collated some interesting statistics regarding Pinterest that make useful reading for any business starting out. According to their statistics 90% of brands still don’t consider Pinterest a focus – which basically means less competition for you!

L.L Bean has more followers than any other Pinterest account with over 5,372,842 currently. Their popularity comes from their showcases of all things ‘outdoors’, again displaying the lifestyle that surrounds their products.

So there you have it, five great examples of just how effective Pinterest can be. The message to take home is to focus on the lifestyle you want your products and services to promote, to engage your audience and to leverage news and infographics to convey your message. Most important of all though, is don’t forget Pinterest!

The Top Brands That Are Making Waves On Tumblr

How To Do Digital Marketing For Flooring Companies